If every limb demands what can the heart do – except miss-beat now and then – or jump into convulsion – STROKE? But we will give (or rehabilitate) the heart – CCMT and reach full vigour to all our centres so long as we can; all in His will and grace only

Back to CCMT Page >>

Like the Ganges, all great endeavours have a humble beginning. The first attempt made was to do webcast on the internet of Navaanha Parayanam by Pujya Guruji Swami Tejomayananda in a very primitive way with a very limited bandwidth in March, 2009 with a very basic computer. Later in October of 2009, CCMT began upgrading the existing IT services of about 15 PCs running on AMCs at Central Chinmaya Mission Trust with great zeal, in addition to giving the static, data-centric Chinmaya Mission website a facelift. The first server equipment was purchased and in-house IT team was set up, flagging off the journey into wired spirituality.

Where IT @ Chinmaya Mission has reached now…

Starting with just two member team, today there is a team of 12 full time members and growing in Central Chinmaya Mission Trust (CCMT) along with a number of part time volunteers contributing in their own way from across the Globe. The operations are currently in four major areas: IT infrastructure development and support, Core IT projects, IT enabled services and IT advisory support.

Chinmaya Connect’s Vision summarises the purpose of its activities:

“To spread the Vision of Chinmaya Mission using latest technologies to maximum people in maximum locations through minimization of barriers and creation of new frontiers.” 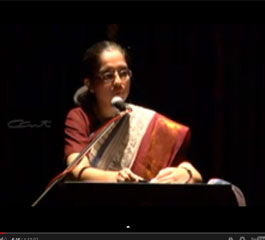